Summary: An Optoisolator is an electronic device which couples a signal between two circuits optically, electrically isolating both circuits from each other. 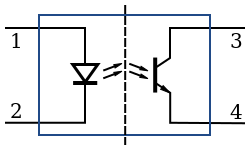 In electronics, an opto-isolator, also called an optocoupler, photocoupler, or optical isolator, is a component that transfers electrical signals between two isolated circuits by using light. Opto-isolators prevent high voltages from affecting the system receiving the signal. Commercially available opto-isolators withstand input-to-output voltages up to 10 kV and voltage transients with speeds up to 10 kV/μs.

The concept is similar to that of a transformer, which through Galvanic Isolation, connects two circuits together while providing isolation. Aside from power supplies, a common application of galvanic isolation is Ethernet connections on a circuit board.

A common type of opto-isolator (or Optocoupler) consists of an LED and a phototransistor in the same opaque package. Usually opto-isolators transfer digital (On-Off) signals, but some techniques allow them to be used with analog signals. 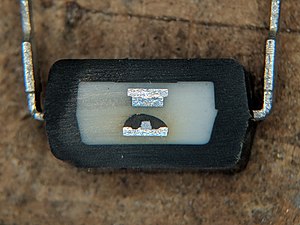 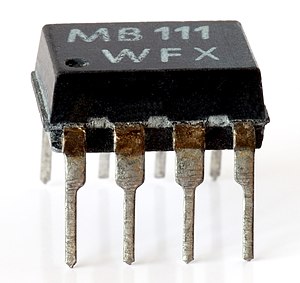 Boosters in operation on a modular layout, the DB200+ has the OPTO label indicating it is Opto-Isolated

Boosters with opto-isolated throttle network inputs are available, a typical application would be use with a layout with common rail wiring. This prevents damage from incorrect signals being applied to your booster's input. This is why common rail wiring is discouraged with DCC.

The schematics for a number of homemade DCC decoders often use an optocoupler as part of the circuit which extracts the DCC signal from the incoming power. The DCC power would damage the microcontroller if connected directly. This allows the DCC data to be extracted easily at the voltages needed.