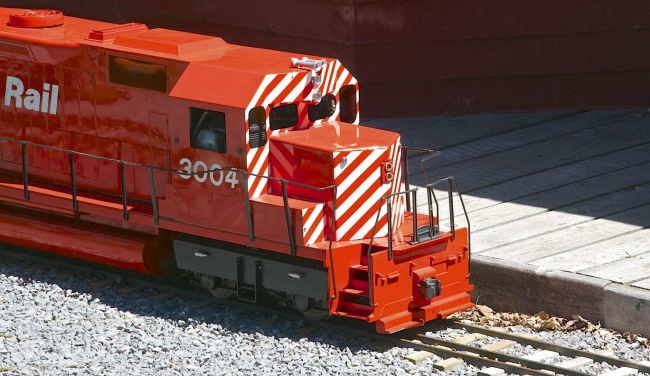 Miniature railways are ground-level, large scale model railroads (railways) that haul passengers and use locomotives that are models of full sized railway locomotives, powered by diesel or gasoline engines, live steam engines or electric motors. Grand Scale should not be confused for the much smaller garden railroads, aka G scale.

Typically they have a track gauge between 10 and 18 inches (254 to 458mm), though both larger and smaller gauges are used. In the USA the terms "riding railroad" and "grand scale railroad" are commonly used to describe this type of railway.

These large model railroads are most often seen in municipal parks or in commercial settings, such as amusement park rides.

Typically in the UK miniature lines are operated as public heritage railways, though many private lines also exist, especially in the USA.