Summary: The S88 Bus is a communication protocol used by a number of European manufacturers of DCC systems

The S88 Bus is a communication protocol used by a number of European manufacturers including DCC systems by ESU. As well as being used for control and feedback by ESU system components it can also be used as a 'free standing' feedback bus for computer control via the HS-88 interface produced by LittfinskDatenTechnik.

One of the oldest but still popular throttle networking buses is S88. Created by/for Märklin, it is simple and cheap. It is in the public domain.

S88 is a “serial” bus: All modules are connected in a daisy chain, one after the other. There is no “addressing” per se, each feedback address depends on the position of the module in the chain, and how many feedback addresses the module has (8 or 16 in most cases): 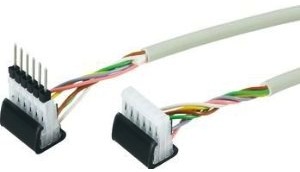 The modules are connected via a standard 6-pin cable from a module to another, and finally to the control station or computer interface.

There is a semi-official standard, called S88-N, for TP (twisted pair) cables. This is being adopted by some manufacturers (mostly German), who integrate network (RJ45) plugs directly in their modules.

S88 is used by Uhlenbrock, although most of their command stations also implement LocoNet. The ESU ECOS series use S88. Zimo also offers S88 on many of their products.