Summary: Signaling is vital for realistic operations, however it's not vital for model railroading. There are many ways to add signaling to your layout and can get quite complex. There are books on signaling, so it's recommended that you research how you want your signaling to be. At this time, this article does not go into all the aspects of signaling, but it does give you examples of how to connect various DCC hardware to get signaling working. 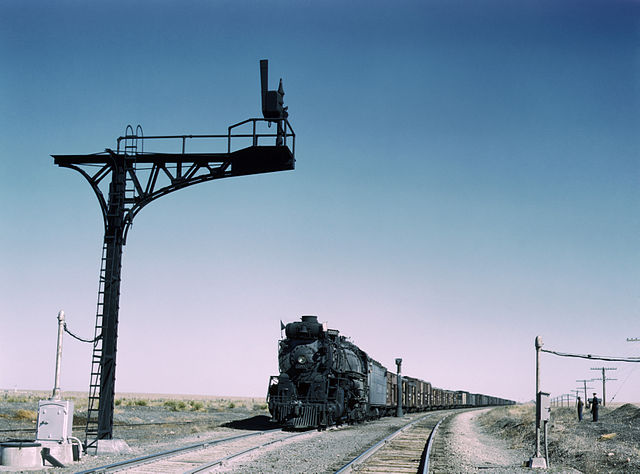 Before buying any signaling equipment, there are some important things to consider before approaching a signaling system for a layout.

Second, what type of logic control are you going to implement which sets the signals. For example, the Digitrax SE8C can control up to to 32 signal heads but has absolutely no logic for which to control them; thus it rely's on some sort of external logic (computer or seperate logic board) to set the signals.

Third, you will need to get block detection working on your DCC layout.

Generally, a signaling system needs to know the current route (turnout routing) and availability of track ahead (block occupancy). You may also want to know the power status of the route ahead (power management). This information can be used to affect the aspect (signal state) for a given signaling block. Your logic board or software program may or may not be able to accomodate all these type inputs. Also, these may or may not be on your list of requirements for your signaling system.

There are various types of DCC hardware that can be used to control your signals. This includes...

Some consider this unit to be powerful despite not having any logic to it. According to Digitrax's website, "to realize the full feature potential of the SE8C you will need a computer and compatible software."

The SE8C has the ability to control up to 32 signal heads (four on each of the eight ribbon cables), eight turnouts (more, if you wire slow motion switch machines in series or parallel), and handle up to eight sensor inputs.

Because the SE8C can also control 8 slow motion switches, this might save you some money in not needing additional stationary decoders to control the actual switches.

The biggest drawback on the SE8C is that there is no logic. You can control it manually with the proper throttle but it is an extreme pain. Another option is a logic board. If you are running automation software, the best choice is to use a computer and software. It is really super to have all the signals operate correctly and automatically as the train travel across all SE8C boards.

Considering all that the SE8C is capable of, there is a lot of bang for the buck with this board. For the cost of enough stationary decoders to control eight turnouts (crossovers), you can purchase the SE8C, and basically get the signalling thrown in for free.

To use the SE8C, you will need a 12v AC or 15v DC power supply with 100ma per SE8C you wish to power. If you are connecting slow motion switch machines, you will have to add them to the demand on your supply as they draw their power from the SE8C board power.

Since the SE8C doesn't contain any logic, you need a method for controlling the lights. The two primary methods are manual control with buttons/switches. The second, more advanced method, is through the use of computer software which communicates through the LocoNet of a Digitrax system.

Manual Control - You can add local turnout control by installing a momentary contact pushbutton on a control panel or the fascia if you so desire, or use the throttle to dial up the switch address to throw the turnout.

The manual method is difficult because of how the SE8C works. To throw a turnout with your throttle, push the SW button, select the turnout number, then c or t to close or throw the turnout.

The SE8C uses this method to manually change the signals.

If you want to add signals, a computer and proper software is highly recommended.

Logic Board - A Team Digital SIC24 logic board can be used to control an SE8C. Until someone updates this page, please see their site for details.

Automated Control - LocoNet will need to be connected to the SE8C so that it can be controlled via throttle or a computer with compatible software. You will need block detection, however, transponding isn't required for signalling to work.

In the middle of the SE8C board are eight sets of 10-prong drivers. Each one controls 4 signal heads. This is called a plant. It can be used for a double 3-head signal that is referred to A1 and A2. This faces a train going into the points. Top signal is main line and bottom signal is branch. The third signal (refferred to as B) faces a train along the main line going into the frog. The fourth signal faces a train coming from the branch referred to as D. Each one of these plants (8) require one 10- wire ribbon cable with connectors for the SE8C and each signal (four in the above case). There are 8 so you can have 32 three aspect signals.

It's best to get ribbon cable in bulk and connectors and make your own custom length cables as needed. Be careful when crimping the connectors on. They MUST be square with the cable and crimped with an even pressure, but not too much. A bad crimp can cause one or more aspects of a signal to not work. Test the cable first with the supplied test mast before installing. This will avoid frustration later.

If you look closely at the circuitry shown in the SE8C manual, you'll see that there's no real need to treat the relationships between the various signal heads as "suggested" in the manual. If you want, each of the 32 signal heads can be set up as a totally independent 2, 3, or 4-aspect signal, depending on how you configure the SE8C and wire your signal heads. Please see the manual on how to configure the SE8C.

The 44-pin edge connector is for detection and turnout control. Inc luded on the connector are pins to control 8 turnouts, pins for 8 facia pushbuttons to control them, the high common for those pushbuttons, 8 sensor inputs for use with external sensors, such as a BD4, and the power inputs.

To make practical use out of all those connections, many users will extend those pins out to a terminal strip, This makes it much easier to make any changes later and troubleshoot if needed.

Another good board for signal controlling is the SIGM10 which contains its own logic.

If you have a circuit designed to drive common cathode signals, but bought one that is common anode, you need to make another simple circuit to make it work. 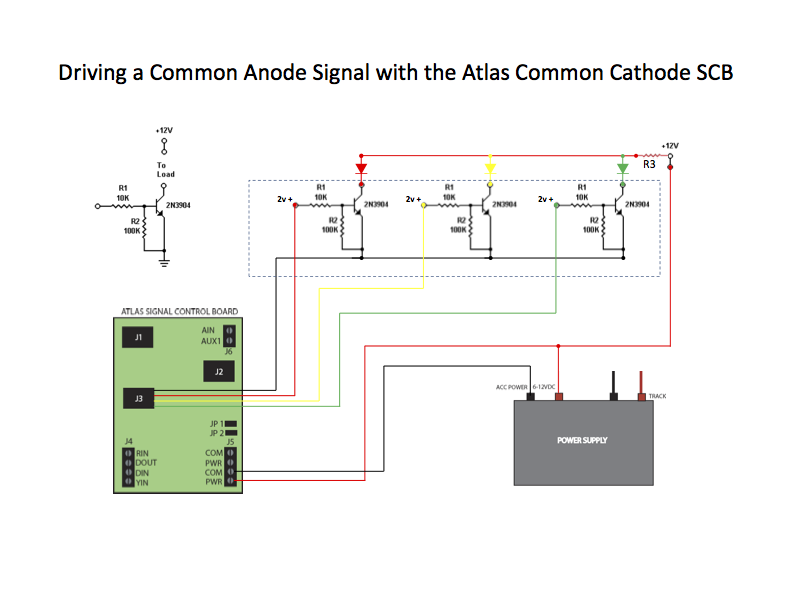