Summary: Based in the United Kingdom, Frank Hornby invented and started making Meccano sets in 1907. Their Zero1, the first digital control system, was introduced in 1980.

Frank Hornby was an inventor who founded Meccano Ltd., in 1907. In 1920 he would begin making toy trains. In 1925 Hornby introduced electric trains with a track voltage of 100 to 250VAC. Later low voltage DC would be used instead. In 1938 Hornby Dublo was introduced (OO).

Hornby would be the first company to successfully develop and sell a Digital command control system, the Zero 1 system. See the DCC History page for more information on this groundbreaking system.

See Model Railroad Scales for more info on the history of the various scales in use.

The company operated as Meccano Limited, until being taken over by Lines Bros. and merged with Tri-ang to form Tri-ang Hornby in 1964. The Hornby Dublo brand was discontinued in 1965 when the tooling was transferred to another Lines Bros. subsidiary and reintroduced in 1967 as Tri-ang Wrenn. The Tri-ang Group was dismantled in 1971. Tri-ang Hornby became Hornby Railways, a division of Dunbee–Combex–Marx in 1972. Hornby began selling models aimed at the hobby market at that time. Many of their products were manufactured by Rovex Ltd., another subsidiary of D-C-M. By 1980 Dunbee–Combex–Marx was having financial problems and subsequently liquidated. Hornby emerged from the liquidation as Hornby Hobbies Limited. In 1986 Hornby Hobbies became a publicly traded company, Hornby Hobbies PLC.

D–C–M also purchased Hammant and Morgan, manufacturers of power supplies and controllers, as those made by Rovex were inferior. A Zero1 Master Controller was offered under the H&M brand. H&M's Zero1 Locomotive Modules were considered a better design, eventually the original Hornby design was dropped and replaced with H&M modules. 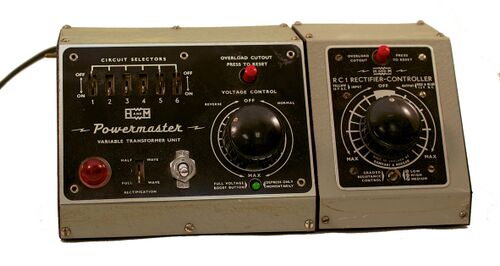 After the development of Zero1 in the 1970s the liquidation of Dunbee–Combex–Marx, parent of Hornby Railways, effectively ended any further development of the Zero1 technology soon after it was introduced to the market. 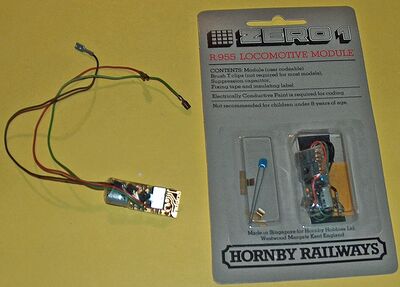 Hornby would take over a number of brands, such as Lima and Rivarossi (Italy), Jeouf (France), Electrotren, and Arnold (Germany). These companies would operate under Hornby International. In 2006 they purchased Humbrol, maker of model paints and owner of the Airfix brand when Humbrol ran into financial problems. Incidentally, Airfix also offered a command control system.