Summary: OpenDCC is a do-it-yourself DCC project based on the Atmel AVR Microcontroller. 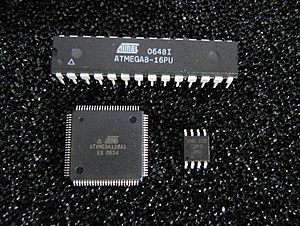 OpenDCC is a DIY DCC project developed by Wolfgang Kufer based on the Atmel AVR Microcontroller. The project developed consists of a command station (OpenDCC Z1), a throttle, accessory decoder (OpenDecoder) amongs other items for advanced DCC operation such as a DCC protocol sniffer and a Railcom feedback board for track occupancy detection.