Summary: There are many Do-It-Yourself projects relating to DCC. Some include making your own boosters, command stations, and throttles. There are many free programs to assist with this.

This page is a collection of hardware and software with pointers to further reading.

Main article: DCC Plus Plus

DCC++ (github) is an open-source hardware and software system for the operation of DCC-equipped model railroads. The system consists of a DCC++ Base Station and DCC++ Controller.

Main article: DCC Plus Plus EX

DCC++ EX picks up where DCC++ seems to have left off. This is a DCC compliant system based around Arduino micro-controllers and peripherals. It is a group project to create an open source NMRA DCC solution.

There are a number of projects you can build on Rob Paisley's website Model Railroad & Misc. Electronics.

He also has plans for a MiniDCC System and a number of other circuits.

For those interested in making an ammeter for DCC, here is his circuit schematic: DCCAmmeter

Circuits4Tracks has plans for an Occupancy Detector. They also offer a number of other products, in assembled or kit form.

Japanese DCC DIY project is DCC Alliance of Electronics Works(DCCEA Japan). This project members are providing some DCC decoder kits and occupancy S88 decoder, also arduino based command stations. These hardware is open source and freely you can customize it.

What is the Difference Between the Raspberry PI and Arduino?

You are going to come across references to the Arduino and the Raspberry Pi when looking at DCC and Model Railroad projects and automation. So what exactly makes the Raspberry Pi different from an Arduino based project? 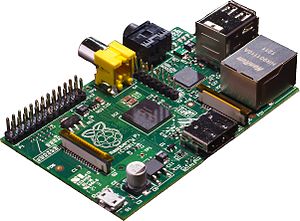 The Raspberry Pi is a complete computer. More powerful than the legendary Commodore 64, but at a lot less cost. It can function as a stand alone computer, or you can use it to run JMRI, as well as other tasks. It was developed for the purpose of teaching programming and supports a number of languages. A number of accessories (hats) are available for specific tasks and to expand the computer beyond its basic configuration. 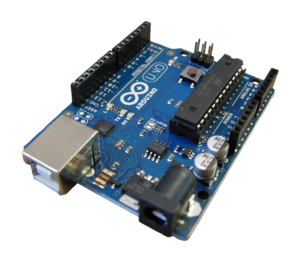 The Arduino is a microcontroller. It is not a computer. It is designed to run software to do a specific task, such as controlling a garage door opener or a microwave oven. In fact, it is very similar to a DCC decoder. It can be used to control turnouts, signals, read RFID tags, and a number of layout automation and DCC/LCC tasks. It has a dedicated IDE which you can download for free to aid in programming it. As with the RPi, it also has a number of "shields" that add functions and input/output capabilities such as relay boards, etc.

Both products have a large presence on the Internet. Don't know how to program? Many people publish programs you can download and use, or customize for your purpose.

A Raspberry PI can be configured to run JMRI, and thanks to its WiFi, connect WiFi throttles to the layout as well.

Steve Todd has created an image you can load onto an SD card, which is used to boot the RPi and launch JMRI automatically. There is no need for a keyboard or display, any additional configuration is done via the network connection.

All you need is a Raspberry Pi Model 3, an 8GB MicroSD card, and a few extra bits, like a power supply and a case to put it all in. Go to his website and read the instructions, download the image, and go from there.

DIY LocoNet(R) Command Station for use with Walk-around throttles like UT1/UT4 and FRED.

Several units built and in operation.

DIY Command Station for use with PC programs.

The goal of the USB to DCC project is to create a DCC booster that is interfaced with a PC through USB. A prototype of the hardware has already been designed in built; however, this is in the very early stages of developement.

Next version zDCCXp, works in progress.

NOTE: A poorly designed or constructed booster can put waveforms on the track which could possibly damage decoders. This is not a project for those inexperienced in electronics.

Schematics are available for you to build your own booster.

Build Your Own Decoder tester

This is the schematic for a simple Decoder Tester. You can purchase commercial devices which are more sophisticated, but for simple decoders, this will do the trick.

The bi-directional LED package is for the motor.

A RaspberryPi costs less today than a Commodore C64's manufacturing cost 40 years ago. A C64 was estimated to cost US$35 to manufacture during the 1980s. Which is more than US$80 today. (The IEEE got it wrong when they estimated $55.)

Clinic on Aruduino and Raspberry PI applications, NMRAx, May 2021

Martyn shows us how to use DIY tech to create your own DCC system based on the Raspberry Pi and the SPROG DCC's "Pi SPROG" board. From the NMRAx convention 24th & 25th March 2020

John has an extensive knowledge of Arduino and will show the basics of programming the devices. From the NMRAx virtual convention 30th May 2020
Retrieved from "https://dccwiki.com/w/index.php?title=Do_It_Yourself&oldid=42178"
Categories:
Last Edited: 3 October 2022.