Summary: A Turnout Motor (or switch machine) is a device which is used to remotely align a turnout. Using an Accessory Decoder, turnout alignments can be accomplished using a throttle and automatically setting a route is possible. 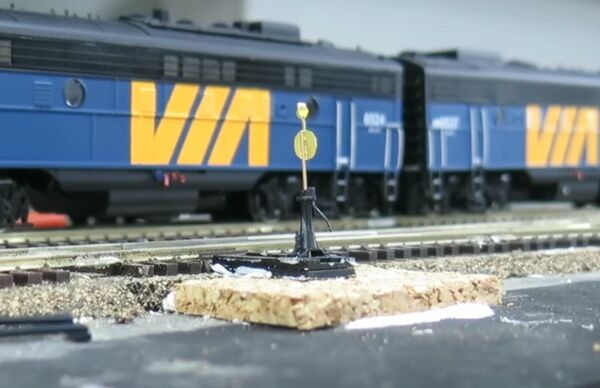 Many switch machines have SPDT contacts that can be used for power routing, signals, etc. One application is routing power to the frog, to maintain the correct phase.

If you plan to use PECO turnouts on your layout with a turnout motor, remove the spring which locks the switch rails in place. PECO has published information on the web on how to do that. It is possible to remove the spring after the turnout is installed, should that become necessary. See the video below for more details. 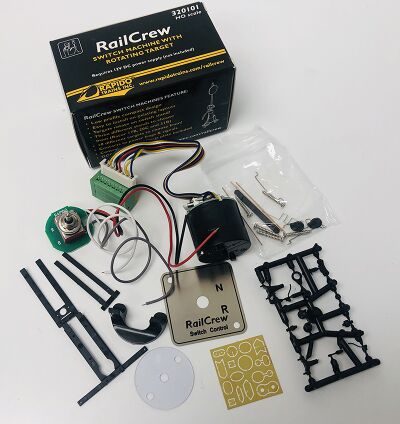 The products listed below are capable of handling turnout motors. However,, most products are capable of other tasks such as block detection, push button control, etc. Please see the various manufacturers products pages and manuals for further details.

With the addition of LA010 output adapter the 3 wire common positive can be converted to a two wire polarity reversing output. A circuit to do the same job as an LA010 is on the Lenz Accessories page

See the track wiring pages for details, and your owner's manuals for wiring and termination recommendations.

Switch machines may have accessory contacts for controlling signals and routing power to the frog. Manually operated ground throws may also have contacts that can be used for that purpose.

Removing the Spring from a PECO Turnout

The PECO guide to re-locating, removing or replacing the springs from PECO 83-line turnouts. This video is silent.