Short Definition
The range of addresses available on a Digital Command Control system.

Multifunction decoders can be addressed by either Two or Four digit numbers. The digits in are Hexadecimal (base 16) numbers, not Decimal (base 10).

Two-digit addresses ranging from 1 to 127 are possible. Some systems, such as Lenz, may limit the maximum to 99 for legacy reasons. Four digit addressing offers a potential range of addresses from 1 to 10239.

With Digital Command Control there is no need to worry about where the train is located, which cab you're using, or flip switches to get control a locomotive. To run a loco, you simply pick up a cab, select the loco address (number) you wish to run, and take control of it. This allows you to easily and quickly control the train's speed, direction, lights, and functions.

This section explains the numbering systems and terms which will be used.

Do not worry about hexadecimal too much, many DCC systems allow entry in decimal numbers and will do the conversion internally.

Should I Use Primary or Extended Addresses for Multifunction Decoders? 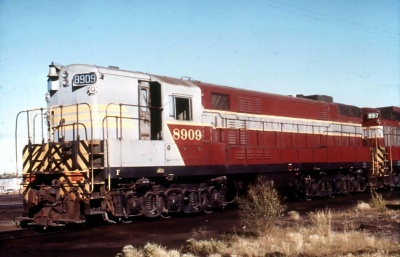 The choice of addressing modes is a personal one. If operation with multiple unit consists are planned, Extended Address mode is a better choice. Using an Extended Address avoids conflicts with Consist Addresses which occupy the Primary Address partition.

Mixing Primary and Extended Addressing can lead to an unintended problem with consisting.

To use Extended Addresses, both the command station and decoders must support Extended Addresses, as well as the throttles. Typically, all decoders support both modes, and the majority of DCC systems support Extended Addressing. Research your choice of DCC systems and components for compatibility, as restrictions, such as limited Primary Address support, are required be stated on the packaging. Extended addressing makes it easy to use the road number of a locomotive as its address (Exception: Europe, where 5 digits may be used by the prototype).

The Address Partitioning allows the decoder to determine if the packet is a multifunction or accessory decoder packet.

By partitioning the addresses into distinct ranges, the decoder can examine the address byte and determine if that packet is for it or not. The command station will generate that specific address byte depending on what type of decoder it is addressed to. An address of 100 ($64) is reserved for multifunction decoders, so a multifunction decoder with that address will respond to that packet. A packet with the address byte beginning with $80 to $BF would be for an Accessory decoder, and those beginning with $C0 to $E7 are Multifunction Decoder Extended Addresses. Address $FF is reserved for the idle packet's address.

If an Extended (4 Digit) Address is used, the first address byte will have values between 192 and 231. Multifunction decoders set for Extended Address Mode (CV29) will respond to an address byte in that range, knowing that the second byte completes the address.

Determining what type of address is simple:

As noted above, the NMRA Standard defines two ranges of addresses for multifunction decoders:

The first address range defined is 1 through 127. [1]This is the Primary Address. It is a one-byte (eight bit) address which in Hexadecimal (see Binary) can have values of 0116 to 7F16 (1 to 127 in decimal) − hence it is sometimes called a Two Digit Address. Other terms used for the Primary address are Short, Baseline or 7−bit Address. It is called a 7−bit address because the first or most significant bit (MSB) in the address byte is always a zero when it is addressing a multifunction decoder in primary address mode. The MSB of this byte can be used for other purposes. [3]

Inaccurately referred to as a 4-digit address

The Extended Address range is 1 through 10239 (116 to 27FF16). The Address Partitioning results in 39 or 40 (depending on the command station's software) groups of 256 addresses, for 9984 or 10240 possible addresses in total. To use an Extended Address, the EAM flag in CV29 must be set. Doing so tells the multifunction decoder's firmware to use the values stored in CV17 and 18.

This address consists of two bytes, six bits in the first address byte (CV17) and eight in the second (CV18). [4] To reach FFFF16 (or 6553510) would require all 16 bits, meaning there would not be any bits left to indicate which addressing mode is in use. Most command stations calculate CV17 and CV18 automatically, setting CV29 appropriately in the process. Some command stations may permit 1 – 127 as an Extended Address, others prevent their use or that of leading zeros to pad an address (i.e. 0075). This can be an issue if a locomotive it taken to layout which uses another DCC system.

Archaic terms for Extended Addresses are "14−bit" or "Long" Addresses. Sometimes called a 14−bit address as 6 address bits are transmitted in the first address byte of the DCC packet in extended address mode. The first two bits of the first byte are reserved and always set to 1.

All DCC Command Stations, Throttles, and Decoders support two−digit (Primary) addressing as per the NMRA standard. Even if your equipment has four−digit addressing, you don't have to use it. [1]

Also see the article on Consisting, as the Consist Address (CV19) can be an issue when a locomotive is used on another layout.

Address Zero is reserved in the NMRA Standard S-9.2.1 for exclusive usage as a "Broadcast Address". [5]

Any DCC locomotive receiving a DCC command packet sent to this address must accept the DCC command without regard or consideration of its assigned address. NCE uses this feature in the Power Pro software to clear consists.

The value stored in CV1 does not need to be "0" for this feature to work. Therefore, this address is NOT a locomotive address that a user needs for the normal control of his trains. However, this is an address the DCC system itself may want to send. An example at the DCC system level is E-STOP command which will halt all trains immediately without disconnection of track power.

See Braking District for more on using the broadcast packet to stop trains.

Important: Never set CV1 to a value of Zero! CV1 acts with CV12 [6]. Setting CV1 to zero causes the decoder to ignore the Alternate Power Source switch in CV29, enabling Power Source Conversion (CV12 [7][8]), which may result in a runaway locomotive.

A broadcast address for accessory decoders is also available.

Attempting to program an extended address using Program on the Main (POM) mode can cause problems. See the article on Decoder Programming for more details.

The software in the Digitrax command stations only support Primary addresses in the range of 1-127. An Extended Address of 0001 to 0128 is not supported and will not be recognized by the command station. Do not attempt an Extended Address in that range using Ops Mode, as the programming operation will not succeed, and it is possible that a random address will be programmed instead.

Although Atlas DCC systems are supplied by Lenz, their software lacks support for Extended Addresses and Analog operations.

As noted above, Basic Accessory Decoder Packets have addresses in the range of 128 − 191 ($80 − $BF) which are reserved for Accessory or Stationary Decoders. They are differentiated from Multifunction Decoder addresses by the value first two bits being 10.

Accessory Decoders have 9- or 11-bit addresses. This is accomplished by the structure of the data packet, where the first byte contains six address bits.

Accessory Decoders can be designed for momentary or contant on devices, the duration of each output is controlled by CVs 515 – 518. Bit 3 of the second byte (C) activates or deactives the controlled device.

As most devices are paired, bit 0 of the second byte determines which pair of outputs are being activated/deactivated. Bits 1 and 2 indicates which of four pairs the packet controls.

C activates/deactivates the addressed decoder as needed. The three data bits allow control of up to 8 functions (0-7), split into 2 pairs of 4 outputs.

By convention, the three address bits (bits 4-6) of the second byte are in One's Complement format. Bit 7 indicates the sign is negative.

Note that the four CDDD bits of the nine-bit address packet have been replaced with two additional address bits, 0AA1 to make an 11-bit address. The first 9 address bits are still present. Bit 7 (the leading bit) of the second byte is a 0, indicating bits 4-6 are a positive value. This allows the decoder to determine if the packet is for turnouts or signals

The XXXXX is for signal aspects. The five bits are for a single aspect, a value of 00000 indicates absolute stop. The five-bit values are determined by the signalling system and the prototype being modelled.

The following third byte contains 5 bits (XXXXX) which are for signalling applications. The third byte allows combinations up to $1F, or 32 possible signal aspects. A value of 00000 is the absolute stop indication. This allows for various signal aspects dependant on the prototype modelled.

Additional commands are available for broadcast commands, configuration variable access, and Operations Mode programming. Some commands are unique to the basic and extended addressing modes.

This is an advanced topic.

Bits 0 – 5 [10] can any value. If both bits 6 and 7 are set to value of 1, the decoder interprets that as an extended address and expects a second byte for address data. A multifunction decoder's primary address may have any value from 1 to 127. Maximum permissible value is 127, but the manufacturer may limit the address space. [1]

For the consist address, see CV19.

This byte is used to determine the presence of errors. It cannot be used to correct an error, only identify the presence of one. It is created by an Exclusive OR (XOR) operation on the Address and Instruction Bytes.

The Primary Address byte contains eight address bits. When the most significant bits between 1100 0000 and 1110 0111 (decimal values 192-231) inclusive, a second address byte must follow immediately after. The two address bytes are separated with a 0 bit.

The most significant bit of the two-byte address is bit 5, bits 6 and 7 having a value of 1 in this case. As 14 of the sixteen available bytes are used, the archaic term 14 bit address may be seen in older documents. [14]

The data byte contains the instructions for the decoder. It can one to three bytes in length.

The instruction byte is defined as:

Example of Differences Between Two and Four Digit Addressing

Numbers in CVs 1, 17 and 18 in the table are expressed in Hexadecimal. The address is a decimal value. Note that changing the address from Primary to Extended mode changes the value in CV17.

CV29 is often called the Master Variable because it controls how several other functions operate. This makes it very important to get it right. In this video I'll share with your what CV29 does, and give you a handy table that saves you the trouble of hand calculating the needed values.

There has been a concentrated effort to harmonize the Standards and Rail Community Norms listed above.