Summary: Layout Command Control is an additional protocol which adds additional capability to your layout. It will not replace DCC, it enhances it.

Short Definition
An NMRA Standard for a Layout Control Bus. Doing for accessories what Digital Command Control does for the track. 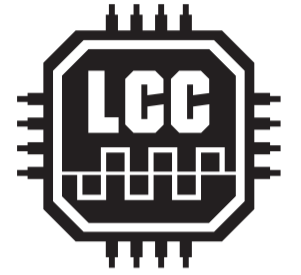 The purpose of LCC standard is to not only take the load off the DCC bus with respect to signaling, turnout routing, and other aspects of operations not related to control of locomotives, but to provide bi-directional access to the system. With a few minor exceptions, the DCC system is not suitable as a two way network. When the DCC Protocols were designed in the early 1990s, no one foresaw applications like sound, multiple engine consists, stationary decoders controlling signals, signal systems and detection using the track or proprietary throttle buses. This has lead to congestion on the network, delaying commands getting to their recipient.

What is the Purpose of Layout Command Control?

LCC is designed as a separate, generic control bus which is positioned to take the load off your throttle bus. It is a bi-directional data bus that can send and receive data.

Since it is an NMRA Standard, you are not confined to one manufacturer's products. Any manufacturer can make LCC compatible devices.

What Is Layout Command Control?

Why is Layout Command Control Better?

Layout Command Control is not dependent on Digital Command Control. For example, it can operate with analog or Märklin (Alternating Current) layouts, nor is it locked to your brand of DCC system.

Many things are possible with Layout Command Control. The following would require manufacturers or third party developers to create them and offer them on the market to LCC users:

As an NMRA Standard, all LCC products meeting the standard should be interoperable, so you can deploy different manufacturers’ products in one LCC setup.

There is no need to abandon a perfectly good DCC system, it can co-exist alongside with any Layout Command Control system, independently or interconnected.

Yes. Layout Command Control will work with an analog layout.

In fact, it supports not only Digital Command Control, but also Analog (Direct Current), PWM, Marklin and other systems.

What are some of the Layout Command Control compatible Systems

What Other Features does Layout Command Control Offer?

To do this, LCC has:

What can I do with Layout Command Control?

Anything. LCC is designed to be used for almost any task you can dream of.

LCC is compatible with DCC, and even Analog layouts can implement LCC for their purposes. It doesn't replace DCC, it enhances it. Signalling systems, structure lighting, and even room lighting can be controlled using LCC devices, present and future. LCC was designed with a capacity ten to a hundred times greater than the typical throttle bus, making things possible without sacrificing performance.

What is Required to Get Started with Layout Command Control?

LCC-compatible devices. Designed for LCC, based on the LCC Standard. Devices are now becoming available, see below, and should cost about the same as other system's devices. Also, it should be easy to implement on your layout.

What will you use LCC for?

As of Jan 2016 LCC compatible devices are becoming available. The best way to encourage more LCC devices is to ask the manufacturers what they plan to do, and if they plan to make the devices you want.

LCC is extremely flexible and easily adapted to a wide variety of products. Virtually anything you imagine could be implemented with LCC.

The DCC command bus was designed to carry repetitive mobile decoder commands and occasional accessory commands in one direction only. The LCC bus is designed to carry individual commands, at high speeds, in both directions. This allows it to accommodate many more commands. When DCC was created a low volume unidirectional bus was considered adequate, and most systems were not even very demanding of that bus. The LCC bus was designed for a lot more capacity, in both directions, giving it ten to a 1000 times more throughput and flexibility.

Yes, some configuration is usually required, but the developers learned some valuable lessons from DCC programming frustrations.

Instead of cryptic CV numbers and bit values, the LCC is designed to be configured using plain language option names with understandable values in the data fields, either directly entered by you, or selected using drop-down menu options.

If you want to know more, read the LCC FAQ posted by the NMRA. The LCC standard was and is being developed in public by the OpenLCB group. Further protocols are being actively developed, and may be adopted by the NMRA as part of LCC in the future. Because OpenLCB is designed as a family of protocols which are independent, the addition of new protocols should be straight-forward, and maintain backwards compatibility. Please refer to the OpenLCB website for the latest developments. A discussion group is maintained at OpenLCB chat.

The NMRA Standards and Technical notes are available as a Zip file.

RR-CirKits has announced several LCC products which are available for sale now.

It will allow you to directly connect a CAN bus to your computer.

The Signal LCC is a specialized signal driver board with these features:

The Tower LCC allows you to control accessories on your layout, and has the following features:

Each LCC bus must have a terminator at each end. The RR-CirKits terminator includes indicators showing bus power and bus activity. Read the flyer here.

This device allows you to connect your LocoNet to an LCC network.

Read the manual for more details.

2011.11: UPDATE: NMRAnet is to be based on the work of the OpenLCB group and labeled as S-9.7. The last two NMRA magazines had brief notices:

The board heard updated presentations for two versions of the definition of the physical layer of the layout control bus called NMRANET. In a change from its position at the winter BOD meeting, the Board selected S-9.6.1, but the final approval must await Board review of the final wording of the new Standard.

The Board thanked the developers of both versions, which were led by Don Voss and Bob Jacobsen. They and their teams contributed countless hours of development work toward NMRANET, and Digital Command Control users as well as the model railroad industry as a whole will greatly benefit from their efforts. Several manufacturers have been waiting for this new Standard so they can adopt it for their product lines.

Changing gears a little, I want to thank the members of the NMRANet team that I am privileged to be working with. The BOD had enough faith in me to make me co-chair with Karl Kobel of the NMRANet working group. We are tasked with taking the working groups drafts, concerns and progress to the board. For those wondering what in the world I am talking about, NMRANet is a communications protocol (system) that can be used to control most non-train devices on your model railroad. The idea is to split off turnout control, signal operations, and the like onto a separrate bus to free up train control and onboard sound. Currently identified as Standard 9.7, this is an ongoing open effort to pool resources, minds, and ideas. The working group creates documents that are then approved by the BOD as Standards and Recommended Practices. This cooperation is occuring between NMRA and the OpenLCB group. The effort is being driven by people who have been involved academically and professionally in designing networks that are intended to scale and intended to be flexible enough to serve for many years to come.